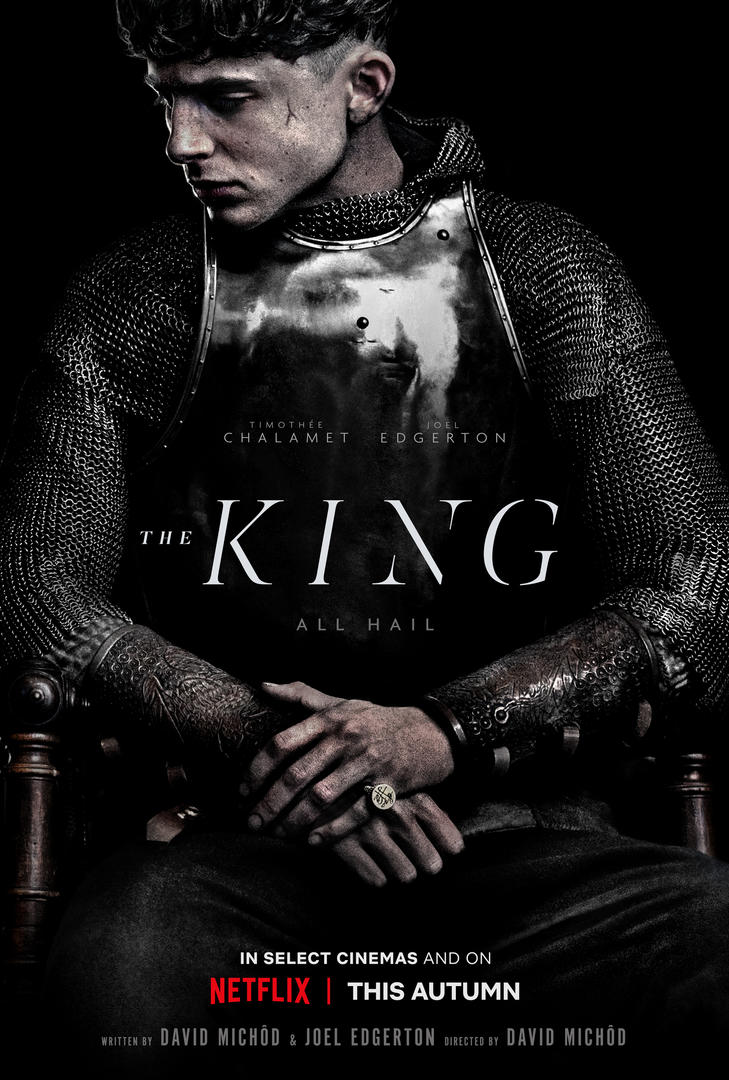 With Timothée Chalamet as the lead, “The King” results in being a handsome if dull take on English history. Revolving around the rise of King Henry V of England to the throne and the Battle of Agincourt in 1415 during the 100 years’ war with France, the film takes a turn towards being lugubrious and subdued rather than a more fantastical take on the war. The film is based on one of Shakespeare’s more famous plays that tackle the themes of dissolute youth, corruption, and power. But in this case, the screenplay co-written by director David Michôd and actor Joel Edgerton doesn’t make the material distinctive or stimulating enough to appreciate the second, more dramatic take.

The film begins with England embroiled in a Civil War with Scotland and the 100 years’ war with France. While physically deteriorating, Henry IV (Ben Mendelohn) tries to keep restive areas together among threats from all sides. Henry’s son, Prince Hal (Timothée Chalamet), portrayed to be young and impulsive is at the pub and prefers to sleep and drink with Sir John Falstaff (Edgerton) rather than be concerned with matters of the Kingdom. Played with pallid romanticism by Chalamet, Hal is so alienated from his father that he didn’t even bother to show up to his father’s deathbed.

Michôd, best known for “Animal Kingdom” and “War Machine” has done well with the visual shorthand typically found in period pieces – not falling to a monochromatic pallet including greys and chalky whites – as well as violent battle scenes, covered in the realism of mud, chain mail and not necessarily bloody. The historical epic boasted beautiful cinematography, however, what lacked for me was the pacing of the film: it tended to lag at times, creating slow, extended scenes along with the movie. In other words, “The King” strikes the right chords visually, especially with the sets and detailing of the artifacts and costumes of those times, but it is not enough to make up for the lack of pacing. Hal is about to deliver the famous St. Crispin’s Day Speech and I’m excited, looking forward to it but it ends up in an uninteresting anti-climax.

Chalamet, however, was a delight to watch. With Hal being one of his better roles, it’s evident that Chalamet may well be one of the biggest movie stars of our generation. He not only has the ability to fix an audience with his stare but also is an exceptional actor with a huge amount of potential. Edgerton too does very well playing Falstaff, Hal’s friend, confidante, and protector, and Lily-Rose Depp also makes her presence felt, but Chalamet is clearly the standout.

Robert Pattinson, on the other hand, didn’t deliver his ‘finest’ performance, to put it mildly. His accent with the white wig and his attempt to play ‘The Joker” of the 1500s brought down the overall performance quality of the film. A few scenes of his, however, were written and conceptualized well.

“The King” is one about maturity, the loss of innocence and the growth of a boy into a man, or his majesty in this case. But the film failed to highlight this essential transformation. The psychological contours of Hal’s transformation to Henry is not evident enough: his motivations – political, personal are not portrayed to best it could’ve been.

However, all in all, the King delivers as a beautiful visual spectacle with scenes of the battlefield – Falstaff drowning in the sea of soldiers, flaming arrows being shot into the hearts of the enemy and warriors being drenched in mud during the war – simply goes to show Machôd’s incredible eye for framing. But when either Chalamet or Edgerton isn’t on screen, the film loses its reigns that it was so desperately holding onto to stay afloat. The powerful performances and spectacular visuals aren’t enough to help the movie pull through its 140-minute runtime. The film did entertain and I would definitely recommend it, however, it falls short of greatness that it could have well achieved.