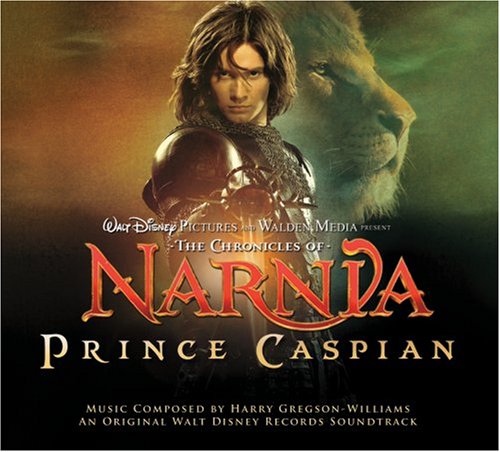 The sequel to the incredible success that was The Lion, the Witch, and the Wardrobe took the form of Andrew Adamson’s Prince Caspian. The film released in 2008, two years after the first film grossed over 700 million dollars worldwide. Prince Caspian is an adaptation of the third book in the series by C. S. Lewis, where the Pevensies, High Kings and Queens of Narnia, return to the magical land they hold so dear after one year away from it. Much time has passed in Narnia, and the natives find themselves oppressed by the human-like Telmarines. The original cast returns, as well as Ben Barnes in the titular role and Peter Dinklage in a supporting role.

As I mentioned in the review of the first one, I was a huge fan of the Narnia books growing up, and I absolutely loved the films as well so my opinion is definitely influenced. This is a slightly unpopular opinion, but I liked Caspian more than the first one. Andrew Adamson returned to direct, bringing the same Narnia/New Zealand magic to the film. It’s shot and filtered just as well as the first one (maybe a little less so, since the first one had contrasts with the seasons) and the world they create feels exactly like the spellbinding atmosphere they established in the first film. The original cast of Pevensies return to strong performances, stronger than could be expected from child actors seeing as only two year later M. Night’s The Last Airbender would be released in theatres.

The screenwriters have done another marvelous job adapting Lewis’ novels, penning a sharp and lively screenplay. It’s been many years, possibly a decade since I read the Narnia books, but I definitely don’t recall the same level of wittiness and charm some characters, notably the Pevensies and Reeperjeep among others, give off more or less at all times. The biggest distinguishing factor of this film from the first would be some of the story work, most of the credit for which goes, of course, to the original writer; with some minor tweaks and adjustments from Adamson and his team. This is the main reason I prefer this one to the first. It differs from person to person, of course it does, but I’ve always loved seeing confidence and poise depicted on screen. It’s difficult to articulate, but I get a thrill out of seeing someone incredibly skillful, knowledgeable, and confident about the things they do, and this film has a shade of that. The High Kings and Queens return to Narnia not as the quivering, unsure young children they arrive as in the first film, but as mighty, seasoned warriors, and they know it too. This change actually triggers a great rivalry between Caspian and Peter. I’ve always loved seeing characters know what they’re doing, and the nostalgic effect of seeing these particular characters leaves me with glee.

Some of the action is done exceptionally well. The film sports two or three large scale battle sequences, including the final battle which lasts what feels like a half hour. Again, the filmmakers have been freed by the evolution of the characters off screen, so some skillful sword-work is on offer for large parts of the film. Some darker themes are addressed in this film as well, not nearly as dark as some of the later books go, but there is some real emotional turmoil to be seen along with the child appeasing camaraderie.

It’s still shocking to me how accurately the first two Narnia movies capture the magic of the books. It annoys me, a lot, therefore, that the second film brings an early end to the franchise for me. The third film, Voyage of the Dawn Treader, is a weak attempt at replicating what the first two films achieved; caused not least of all by the unceremonious booting of the man who made it all possible: Andrew Adamson. The studio was vocal about their disapproval of the second film, for reasons passing understanding (I’d imagine the 300 million dollar drop in domestic box office had something to do with it). The second film marks the end of Adamson’s involvement with the franchise, a sad day indeed for Narnia fans. He did an incredible thing with the firs film, as bettered with the second, and, if the third film is any indication, it could not be done without him. I’ll probably do a more more detailed review of the third film, that’s another one I haven’t seen in some time, but in the meantime, strongly recommend Prince Caspian as well as the first Narnia film to anyone who is unfamiliar. It is a magical journey.