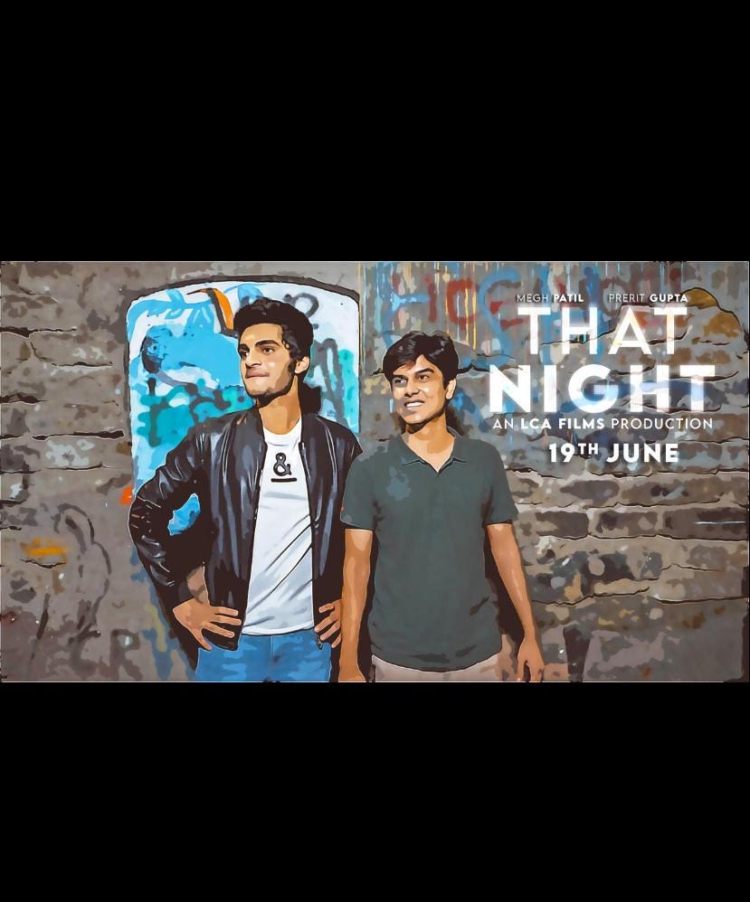 LCA Film’s production ‘That Night’ exceeds expectations with a powerful plotline that brings forth an important message, especially for students of this generation. The short film revolves around Krish, a medical student who studies ’18 hours a day’ for his medical entrance exam, which is just in a few days. He isolates himself and cuts off all personal connections until one day something, or someone rather, changes his perspective towards his studies and life.

The conceptual arc of the film was great and the screenplay by Megh Patil (Viren in the film) was quite decent as well. At parts it was very powerful but sometimes it got a bit chalky with the syntax not always fitting well, like in Viren’s last monologue, but it definitely conveyed its message. Directed by Siddhant Gala, the film seemed to cover the shots quite well with transitions from close ups to medium shots and full body appropriately according to the tone, mood and tension in the scene. The transitions themselves, however, weren’t always as smooth and made the visuals slightly choppy.

The performances were quite good too: Prerit (Krish) brought out character and Megh (Viren), especially, justified his role quite well. Both really brought out their characters very well. The sound design by Kanishk Ajmera, cinematography by Hasan Nulwala and Art direction by Diya Gupta all added to impact of the film as a whole. However, being a first project the budget isn’t always friendly and that is quite evident in the film. Though it doesn’t take away too much from the film we believe that the short film did have much greater potential. This goes to show that a good film can be made even without the fanciest of equipment.

Honestly, I walked into this film thinking that I’d be seeing another college project type film cause it was their first project and after watching the first half I felt like yeah I was right but second half definitely proved me wrong. It definitely redeems the few negatives that the film bore. Yes, the main idea that the film revolve around has been covered in other films but with a twist at the end it delivers the message and it delivers it with authority. The twist was a very smart combination of ideas from different movies (not naming any so we don’t give any spoilers) and honestly I did guess it during the party scene but the film maintains the tension throughout. We’re surprised by the talent and potential that the group has.

All in all, yes the film is bound to have a few negatives but it definitely exceeded our expectations. It’s amazing to see what a few talented individuals with a creative mindset, a great amount of potential and quite a bit of hard work can achieve on their first adventure – an interesting narrative that brings forth a sense of empathy, a powerful message and a great twist.