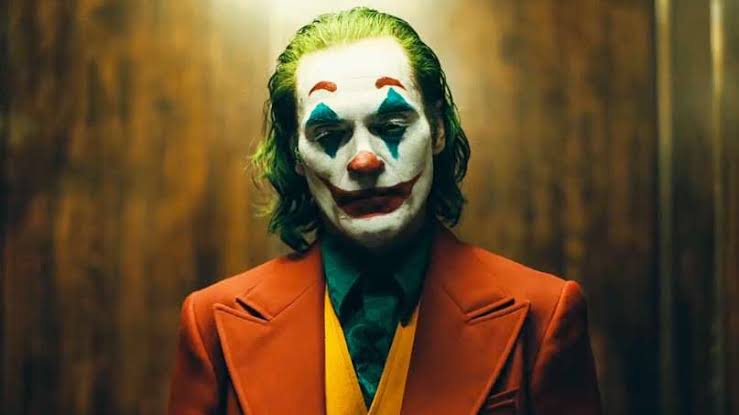 I was extremely conflicted going into this film. I was hesitant when it was announced, how dare someone stand where Heath Ledger stood, but my irritation was eased slightly when I heard it was to be Joaquin Phoenix taking on the role. The trailer released, and I was neither disappointed nor over the moon. I read an interview from the director Todd Phillips, best known for his work on The Hangover franchise, who described this new interpretation of the character in comparison to Ledger’s. My hype levels decreased slightly. Phillips described the fundamental difference between the two, essentially separate, characters. Ledger’s Joker, the single greatest performance of all time, in my opinion, had a sanity about his insanity, a clarity and intent to the way he preached a certain chaotic gospel that he very deeply believed in. Arthur Fleck, Phoenix’s interpretation, is a very genuinely mentally-ill man, who’s desperation to be funny and noticed drives him to violent ends. I had a suspicion that this idea of the Joker’s character has less scope for intrigue, and so my general emotion going into this was measured scepticism.

It’s a hard thing to explain. My fears about Fleck’s, and it certainly was Flack before it was Joker, were both confirmed and subverted at the same time. Phoenix’s performance, it has to be said, is spectacular, and an Oscar nod most certainly awaits him in a just world. That being said, I had certain issues with the direction the film as a whole took on this iconic character. I should say, and this has probably been made clear to you already, that I’m very attached to Heath Ledger’s performance. It’s far and away the best performance I’ve ever seen, and I had a hard time not drawing comparisons. This was something of an origins story, so we couldn’t have hoped to see the clown prince of crime in scene one. Instead, we focus on Fleck’s life, a sad, depressing, bleak one, riddled with a mixture of lies and mental instability. The film emphasizes primarily on the Anomie of a mistreated, laid aside man with a mental condition whose violence is a means of getting back at the society that has done him wrong. This wasn’t an interpretation I’m a fan of. Obviously I’m coloured by a predisposition in favour of another interpretation, and I’m not necessarily saying one is objectively better than the other, I just felt that this was a less multi-dimensional, thought provoking idea. It’s compelling, and propelled by Phoenix’s performance it’s incredibly compelling, but it deviates a little much from the character I was looking for. In the end, his arc comes good, and we do see our clown prince in some way, but lacking the intent we’re necessarily used to. We see the same outcome, without the same lesson, the same mission to show how ugly we all are, not that deep down. This film did a gleeful jig on the line between a character film and a story about the mistreatment of the mentally ill, and ended up combining both into a version of this character that is compelling and does capture its essence, but feeling somewhat out of place. Again, this is coming from someone who just can’t let Heath go.

The out-of-place-ness is something that is magnified, for me, by an inconsistency of sorts. The filmmakers seem to have been caught in two minds, unsure of whether they were telling a more traditional, narrative-driven story, or a more abstract, psychedelically trippy concept piece. That’s where parts of the conventional character are lost for me, in an attempt to make a statement about the mentally ill. I don’t want to describe specific scenes, if you’ve seen it you’ll know what I’m talking about and if you haven’t you should see it for yourself, but some of the Fight Club meets Eternal Sunshine moments didn’t land for me. It felt like the Joker’s story was being used as a medium through which to have a conversation. The controversy that’s been the centrepiece of the build-up to this film has been essentially a question as to whether or not we should be having that conversation in a film like this. I’m absolutely a believer in the idea that film can and needs to be a place where we can have conversations about the things that need talking about in our society, and Anomie, mental illness, violence, and exploitation are all things that absolutely need talking about. However,  just as important as having these conversations has to be the way in which we have them. People have been quick to jump on the violent content of the film, which is misguided criticism in my book. The violence in the last 20 minutes of Once Upon a Time in Hollywood is almost directly parallel to the violence in this film, it might be worse, so why is this film so much more incendiary? The answer, and in some ways I can’t believe this is even a discussion, is the context. Tarantino’s violence is mindless and gratuitous, but, ultimately, what is its function? The extreme violence in those films is cathartic; one could argue that that’s a problem in of itself, but put that aside for the moment and compare it with the violence in a film like Joker. Arthur uses violence as a means of making societal waves, as a way of getting back at those who have wronged him. In the end, violence gets him exactly what he wants, and that’s problematic as far as I’m concerned. We do need to have these conversations, it’s a discourse that’s long overdue, but I don’t see how we can justify having them in the context of an anti-hero. An anti-hero begs for some kind of relatability, some amount of humanity in the depiction of a struggle that leads to sympathy in spite of a character’s actions. In. a world where mass shootings are basically allowed to happen, committed by real people going through Anomie and depression and mental illness, I’m not sure this was a responsible way to bring about a conversation. It’s a slippery slope, because while we do need to be responsible it is equally important that over-PC culture is stopped from finding glorification in any and all depictions and stopping any discussion form happening at all. That said, in the context of an anti-hero, which might not be a great idea in the first place, this was the wrong way to have the discussion and was certainly at least a little ill-conceived.

From a technical standpoint, however, the film is brilliant. Save for a script that was altogether average, the objective quality of this film is undeniable. Phoenix, as I’ve mentioned, is firing on all cylinders. He’s helped by a combination of some outstanding directorial decisions from Todd Phillips in the musical and visual departments. The scene on the train, the very first time we see Arthur Fleck acting as the Joker, is a standout moment in a series of excellently put together scenes and sequences. From a plot standpoint, I felt the Batman connections were pushed a little too hard. I was kind of hoping not to see any mention of the Wayne’s in this film, but it seemed to be important that a proper archnemesis backstory be created, deviating quite a bit from other versions of a young Bruce Wayne’s story. Phillips has been pretty vocal about the fact that he doesn’t expect this iteration of the Joker to meet Robert Pattinson in the forthcoming Batman films, so I’m not all that sure as to why they felt the need to push the connection so hard, but they did and it took something away from Fleck’s story for me. The film is technically brilliant, but the simultaneous clinging and deviating from the Batman storyline created some confusion.

And that’s what Joker is. It’s a film that’s both confusing and confused at the same time. All in all, it resembles a spectacular film without actually inhabiting that title. The controversy and discourse aside, it’s a technically excellent but content confused film that didn’t really know what it wanted. The constant back and forth between a narrative storyline and a psychedelic experience is just too inconsistent. I didn’t love the “was any of it real?” trope they pulled at the end, for example. As an audience member, I found myself conflicted as to the nature of the story I was being told, and that’s something that separates great films from films that could’ve been great. And that’s why I say it resembled a spectacular film without actually managing it for me. I can’t not acknowledge my own biases when it comes to this character. Heath Ledger’s Joker is too ingrained into my mind for Phoenix’s performance, while absolutely incredible, isn’t quite the same for me. I don’t think the difference is necessarily product of the quality of acting so much as it is the two different characters they played; two characters who shared a name. Ledger’s Joker had an intelligence about him, a sense of enlightened clarity. He was serving a higher purpose that he believed in, and he’d given himself completely to that idea. He had nothing tied to him. Arthur Fleck was a more unstable, more ultimately plausible person, who, while maybe more emotionally compelling, was less interesting for me in this particular role. I do believe that the controversy is, in this case, justified. I just don’t think that this was the film that needed to be made right now. I’m not normally one to jump to the word glorification, it’s a term used too often and often wrongly. That said, its overuse doesn’t invalidate it, and this was not what we needed right now. If only it was less good a film.