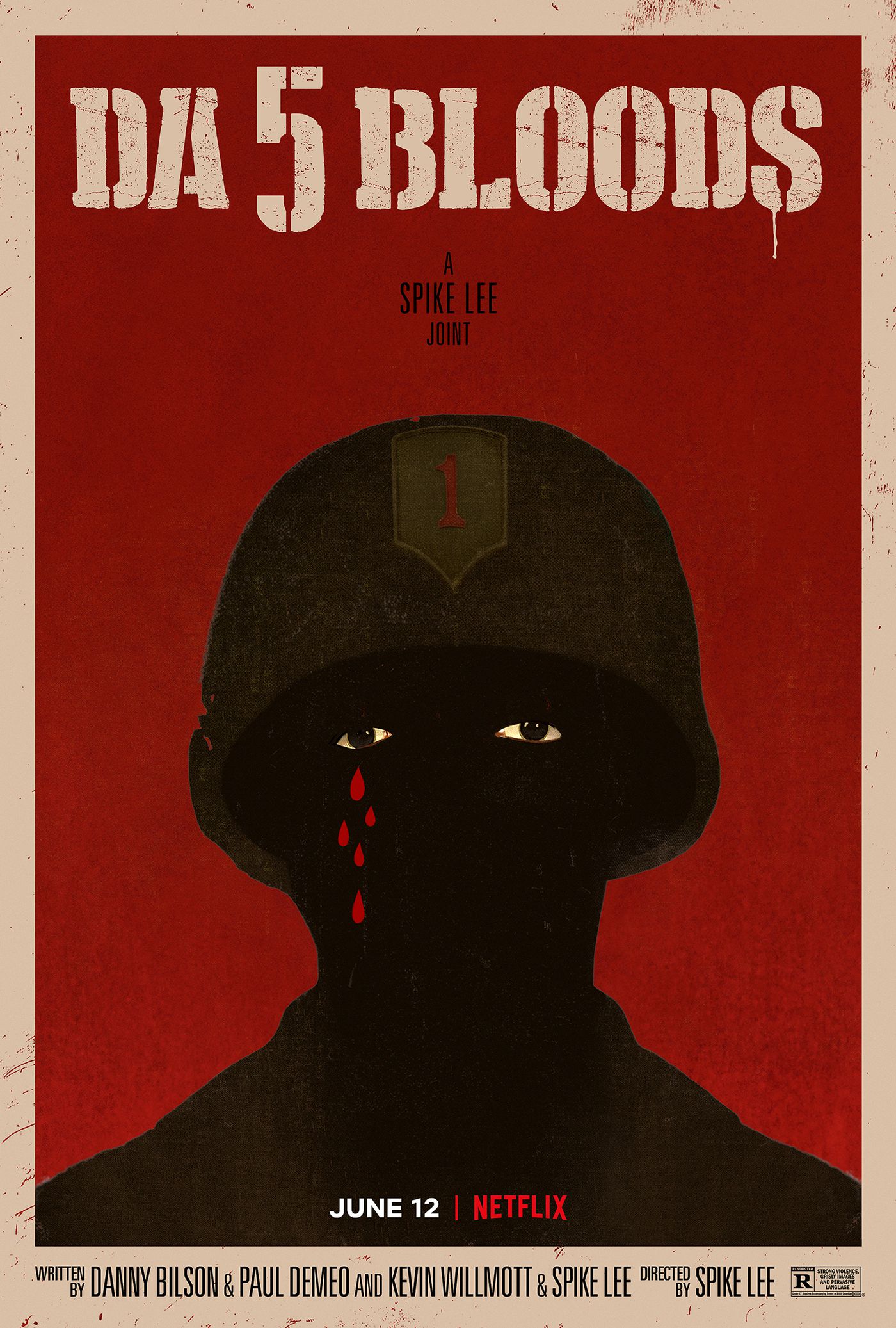 Da 5 Bloods is the newest addition to Spike Lee’s acclaimed body of work. It follows the story of four African American Vietnam War veterans, all part of the same squad, as they return to Vietnam in present day to recover the remains of their leader, who died in the war, as well as the treasure they illicitly hid their back in the day. Along the way, they’re forced to confront many demons, theirs and others, that affected them during the war and after. The film is written by Danny Bilson and Paul De Meo, and was directed by Spike Lee. It stars Delroy Lindo, Jonathan Majors, Clarke Peters, Norm Lewis, Isiah Whitlock Jr, Mélanie Thierry, Johnny Nguyen, and Chadwick Boseman among many others, adding up to a large ensemble performance.

Da 5 Bloods is a pretty fantastic film. I’d say it was a bit of an uphill battle; it had a rocky start and some stylistic choices I wasn’t too keen on, though, nothing particularly out of the ordinary for Mr. Lee. I wasn’t too bothered by the slide-show at the beginning, in fact, I thought it covered the context, especially in the time of its release, in a pretty efficient way. I wasn’t a huge fan of the change in aspect ratio and filter across timelines. Obviously they had to do something to indicate where they were in the narrative, but the wartime parts of the film had a kind of home-video thing going on with the cinematography that I felt was a little out of place. It didn’t end up being a massive problem, especially considering the proportion of screen time that had on the film, but it was an example of an ever-so-slightly off-putting stylistic choice. That technical discomfort didn’t last long, however.

One of the most commendable things about the film was way it balanced perspective. It really felt like almost every point of view, with respect to the Vietnam War, and more generally, was brought across and represented in some capacity during this film. Obviously it’s content heavy for the American perspective, but the moments of sympathy towards the Vietnamese were compelling enough to bring the point out: that there were no heroes, only victims. Unusually, an example of really well placed translated text as subtitles. That you can actually understand the words to both sides in, for example, a shouting match over a chicken in one of the most potent scenes of the film, makes the conflict feel even more senseless and traumatic. Between that balance, and the reminder as to the role African American people have played throughout the country’s history, fighting for rights that didn’t have, as it was put in the movie, the film is a pretty impressive catalogue of intellectual and identity representation, both topical and reminiscent.

But intellectual commentary and representation doesn’t make a film so much as a documentary. Luckily, Da 5 Bloods puts together a thoroughly engaging narrative, taking you on a real journey with its characters. I will say that most of the Bloods are pretty much one-dimensional characters, with the exception of Paul, there aren’t more than three things to be said about most of them. On the flip-side of that, Paul is a really good character, who gets the hell performed out of him by Delroy Lindo, who probably deserves an Oscar Nom for this. The stylized fourth-wall-breakers only feel out of place for a second, before he starts talking, and he consistently humanizes a real douche of a character. He’s the representative of the Trump-mindset, and he does it brilliantly, getting every inch of irrationality, aggression, and stubbornness out of the writing. The narrative is propped up by incredibly artful tension, though it should be said the tone shift is slightly sudden, you’re expecting it pretty much from the minute you hear the words ‘land mine.’ Chadwick Boseman is good in the relatively small yet important role he has. Between that and the writing, you’re definitely convinced about the source of the story. Jonathan Majors is arguably the second-billed here, his relationship with Paul is definitely the most interesting parental conflict, and the rest of the Bloods, as a collective, do very well, though individually their characters could’ve done with some more meat.

All in all, I really enjoyed Da 5 Bloods, a lot more, even, than I think I was expecting to. It’s not exactly a war movie so much as it’s a movie about a war, covering the morals and the collateral of an inexplicable conflict, and the personal struggle of a group of men on a quest to honour their leader, and get what is theirs. It’s topicality is more than tangential, it makes it’s point well, and it’s heart-pumping enough to keep you engaged the whole way through. This is a very good film.