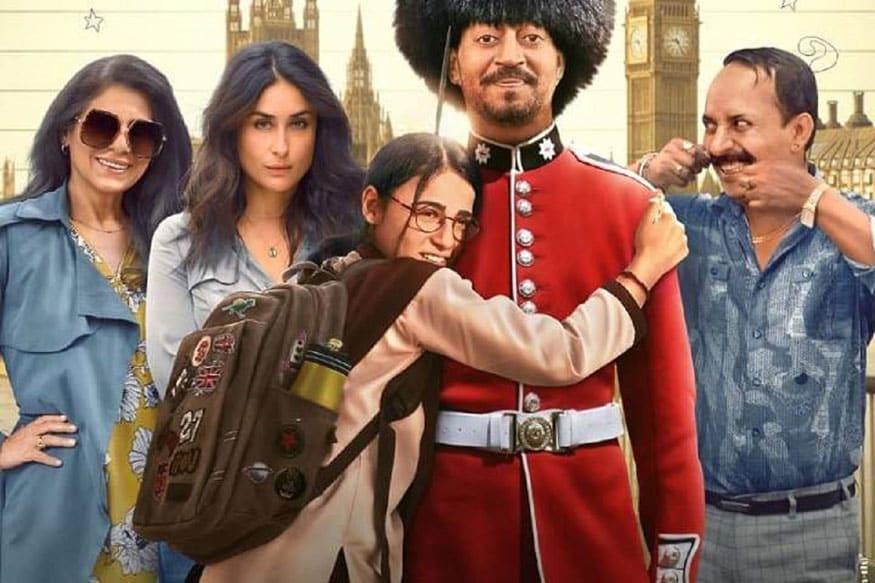 Angrezi Medium is simply Irfan Khan and Deepak Dobriyal all the way through. Apart from their powerful performances, there isn’t much to complement about this comedy venture gone wrong.

The movie revolves around Champak Bansal (Irrfan Khan), a single parent and Udaipur mithai shop owner, who is constantly confused about literally every important life-decision he makes during the duration of the film. There is always some reason to pull him in opposite direction, which doesn’t make a bad foundation idea for a comical film but unfortunately the film doesn’t deliver and definitely does not compete with its predecessor, ‘Hindi Medium.’

Homi Adajania, the director, hasn’t done bad with the screenplay of the film: the main reason for the films downfall. The film had 4 writers, which possibly could’ve been the reason for poor script – too many conflicting ideas and techniques I’d say. It almost seems forced at times and eventually gets slightly repetitive, when the writers keep mining for laughs from Champak Bansal’s severely impaired proficiency in the English language and the hardships he faces because of it. There are multiple ungainly attempts to include laughter throughout the movie, however, Irrfan Khan and Deepak Dobriyal, thanks to their excellent comic timing, do manage to bring in quite a few.

The Champak Bansal’s character is similar to that of Raj Batra in Hindi medium: a well-intentioned individual with a poor ability to speak the English language and would go to any lengths to get his daughter into a respectable educational institution, a university in UK in this case. The character is supposed to be Irrfan Khan’s big return to cinema after nearly a year and a half and he returns with flair but a good performance does not always result in a good film.

Radhika Madan (as Champak Bansal’s daughter) does quite well with her role of a small-town girl with a big dream, but the conflicting impulses that the screenplay forces upon her character take away from her performance and allow Irrfan Khan and Deepak Dobriyal to take the take the spotlight.

All the other supporting actors, in fact, have done quite a decent job with their roles, with Meghna Malik as the school principle, Zakir Hussain as the principle’s husband and the court judge, Ranvir Shorey as the NRI friend and of course Deepak Dobriyal as Champak’s cousin Gopi, but have unfortunately been let down by the screenplay. Dobriyal is a laughter riot and completely lifts the film with his crafty interpretation of Gopi.

The first half of the film is bearable because of Champak’s eccentricity but the film slowly begins to drop in the second half with the narrative device leading to be largely superfluous. When the action moves to London the film urns for the worse. The film searches for comical highs and intense dramatic scenes so hard but to no avail. It adds Kareena Kapoor Khan as a London police officer, Dimple Kapadia as the cop’s mother and even a cameo by Pankaj Tripathi as a human smuggler but it really doesn’t aid the film because their characters simply aren’t developed enough.

The film rides on its actors with Irrfan, in the lead, who transitions effortlessly between emotional, ecstatic and comedic scenes. If the film is genuinely funny in parts, it is due to the lead actor’s ability to salvage whatever he can from the script. Champak’s lingo and the scene where Irrfan, Dobriyal and Kiku Sharda (Champak’s childhood friend) share a whiskey-fuelled conversation are examples of the potential that this film had. All in all, Irrfan returns with a bang and Dobriyal supports him brilliantly but the film does not deliver what was promised.