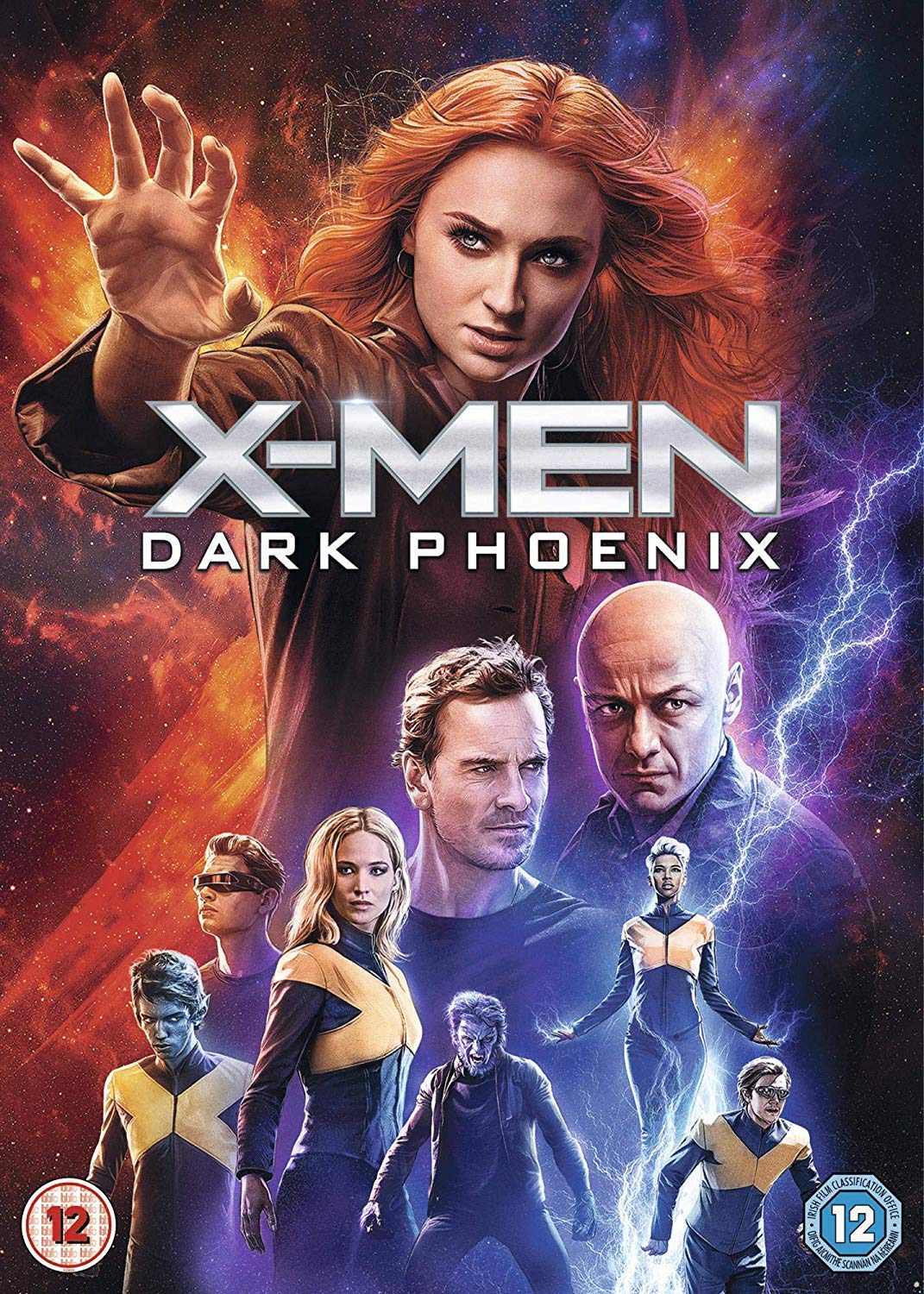 Understood as the final film of the long-running main X-Men timeline, X-Men: Dark Phoenix released last Summer (2019) to a relatively poor box office and critic rating. The film is set after X-Men: Apocalypse, at a time where mutants have been not only accepted as part of society, but hailed as superheroes by a grateful public. A mishap during a mission just outside of the Earth’s atmosphere, however, results in a change in Jean Grey’s power, and the arrival of a force ready to steal her uncontrollable power. The film was written and directed by Simon Kinberg, and stars a full returning cast including James McAvoy, Michael Fassbender, Sophie Turner, Jennifer Lawrence, Nicholas Hoult among others, as well as Jessica Chastain as a newcomer to the franchise.

It took Corona Virus quarantine to get me time to watch this film. I went in with very low expectations, in fact, I’d been putting off watching it, knowing its reputation as a serious disappointment and blemish on an otherwise wonderful franchise. I’ve been a pretty big X-Men fan (“pretty big” extends as far as the movies) for a long time, and I’ve come to prefer the James-McAvoy-Michael-Fassbender era of the story to the originals, which is saying quite a thing. Those two actors, specifically, came into these already fabled roles and really made them their own with their own subtlety and nuance which I’ve come to adore, and it was a shame to hear that it was all to end in a whimper. Having actually seen the film now, I can confirm that it is almost every bit as disappointing as it was billed to be.

The real tragedy is that the bare-bones idea of the film isn’t bad. In fact, bits of it are even really good, well-thought out and interesting as far as the character journeys go. If you’d narrated the plot of Dark Phoenix to me, for example, without giving me dialogue or screen-writing syntax, I’d say it could be a home run, down to pretty specific scene-to-scene detail. The heel of this film was the execution of the idea, from the writing to the realisation of the tone. Everything about how this film was done was a mistake.

Let me give you an example. Raven’s death (which was a little oddly spoiled, in its entirety, in the trailer of the film), was a fantastic thing to do. I’ve always had a lot of respect for writers who have the balls to kill characters, especially one as perpetually relevant as Raven’s, so I tip my hat to Kinberg on a conceptual level. It takes courage to show your audience that there are actual consequences and actual loss that happens in a high-stakes situation like this one (unlike how Marvel has officially lost the whole world’s credibility). The problem crops up in the way that it happened, and the way things happened around it. The actual moment of her death hits hard enough, despite how they tried to ruin it in the trailer, but the way it is received, by Charles specifically, feels too quick and altogether superficial. Charles’ character arc went the distance, but was completely flat. The idea of his hubris in the face of positive attention from the world for the first time is a good idea, but McAvoy hasn’t been given anything in the script to work with to bring his change out in a compelling way.

The script in general is filled to the brim with blunt, clunky dialogue that takes away from the honesty of some of the moments on screen. It’s also sprinkled with kind of a strange brand of throwaway humor which lands as often as it doesn’t, as opposed to very front-and-center comic relief that we had a great time with in the older films. That, mixed with some very over-the-top and very much out-of-place action (find me one reason why he lifted the subway out of the ground) led to a very different feel from the rest of the films in this franchise. Frankly, the entire tone and mood of this film feels like a vastly different product than what we’re used to. A new flavor isn’t necessarily the worst thing in the world, but it needs to work, well, for it work in a franchise, and to end it with a film that doesn’t feel like an X-Men film is a little bit of a disservice.

Speaking of disservice to the franchise, I have some questions about continuity, relative to the end of Days of Future Past (undisputedly the best film of the franchise in my opinion). Jean is very much alive at the end of that film, as is Charles the headmaster of the school. Assuming this is the same linear timeline (which we’ve been given no reason not to believe is the case), I am left with a fairly simple question, namely: huh? There isn’t an obvious line that connects this film to the end of that film, which was kind of the point of the reset? To then fill in the gaps between the past and present points of time in Days of Future Past? No?

This was a slightly unfortunate ending to a really wonderful franchise that told a wonderful story about some wonderful characters. Again, conceptually, this was a pretty good film. The ideas were more or less right (I didn’t touch on the vague-ness of Jessica Chastain’s villain. Yeah, it was vague and generally not that interesting). The sad fact is that the quality of ideas wasn’t matched with quality of execution. I mean no disrespect to Simon Kinberg, I’ve been a fan of a lot of his work as a writer (some of the older X-Men films, This Means War, Sherlock Holmes, and his contributions to Star Wars Rebels), but there’s no getting around the fact that he missed the ball on this one. I can only look back fondly on the rest of the franchise, and try not to think too hard about this one.