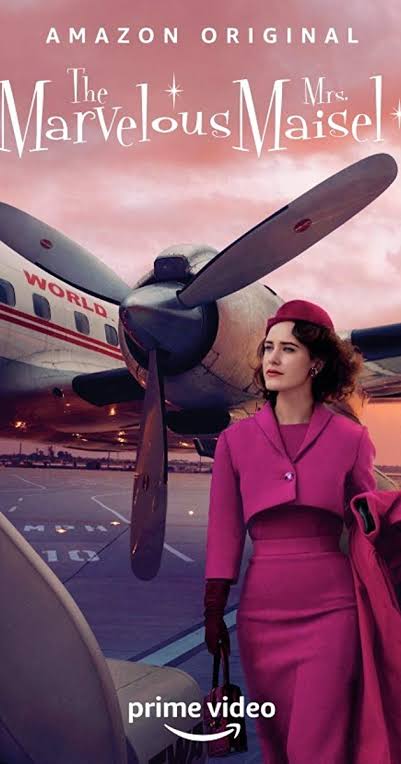 Season 3 of The Marvelous Mrs. Maisel released on Amazon Prime early this month. The show, for those unfamiliar (though if that’s true I don’t recommend starting from Season 3 anyway) is set in the 60s and centres around Midge Maisel, an aspiring stand-up comic, and her family. Veteran fans of the show will know, however, that that description has long since failed to capture the essence of this hilarious and stylistically distinct series. Season 3 follows Midge and Susie across America as she heads on tour with Shy Baldwin, leaving behind a Weissman clan that is going through hefty change in their lives. The entire cast returns, including Rachel Brosnahan, Michael Zegen, Alex Borstein, and Tony Shalhoub among others, as well as the addition of Sterling K. Brown this season, playing Shy’s manager Reggie.

Oh, how I missed Maisel. Truth is, I hadn’t seen any of the show up until a couple months ago, at which point I binged as no one has binged before. Being funny is one thing, being intelligent much the same, but the way this show does it with such irresistible personality and style is downright infatuating, and I defy any to stop once they’ve started. This season was much the same in just about every way. So much so that it’s almost hard for me to review; there’s an infallible consistency to the way the show runs.

The aesthetic style is hard to describe but unmistakable for anyone who’s seen the show. It’s almost a weird thing to witness. For obvious reasons, the world pre-colored TV always seems black-and-white in our heads. There’s something about the vibrance 60s New York they capture, even if the cultural elements seem tinged with a hint more modernity than is realistic. Regardless, the visual creation is excellent, and a lot of fun on the eye. This season added to it with some more locations, as well as a couple examples of sequences that were very pointedly stylized (the dancing at the club that Lenny and Midge go to or the two boys tap dancing at the Apollo, for example).

Season 3 takes Midge and Susie away from New York for the most part, LA and Miami for the most part, leaving Abe and Rose stranded between the Devil and the deep blue sea: homelessness, or living with Moishe and Shirley. Rose’s kerfuffle with her family’s trust-fund committee was an interesting thing to see as far as her character development went, and it was even acknowledged in a dramatically satisfying way during an outburst between herself and Midge. Abe, the unsung hero of this whole damn show if you ask me, obviously brought some of the most quality content. The funniest recurring joke of the season was, by some distance in my opinion, that of him and his pseudo-rebellious band. Then there is, of course, the beautiful, gorgeous situation of the Weissmans dealing with financial trouble by lodging with the Maisels, which produces every ounce of hilarity that you’re imagining. Joel’s arc takes an interesting turn with the opening of his club (in spite of the Chinese gambling operation going on in the basement). One of the most important moments of the show thus far would have to be the moment at the courthouse, where Joel and Midge were finally confronted by the main plot-hole of the show: why in the hell did Joel and Midge split up in the first place? A great scene aside, it was a much-needed acknowledgement of a serious gap in logic that has been, up until now completely unaddressed. Now, it’s not that that scene actually addressed it, but the bewilderment of the judge was a refreshing “I know, right!” moment. Aside from that, I came round on Mei after being less than impressed with her at first. It was made pretty clear not long after that her inclusion was more than just token Asian representation, she’s got too much character for that, and I came to really appreciate what she added to Joel’s character as well.

The quality of Midge and Susie’s continued interaction and development goes without saying. The writers have fully and completely entered the rhythm with those two, they’ve found the formula that just keeps on giving, while at the same time adding some interesting elements that deepens the intrigue without overcomplicating matters’ case in point is Susie’s gambling issue that develops over the course of the tour. Her back and forth with Sophie Lennon could’ve be done without, perhaps, but it more or less paid off by the end with a can’t-believe-what-I’m-watching final performance on Broadway that ends in the best kind of disaster.

They make an interesting case of Shy’s character and the environment of the tour, particularly Midge’s growth on the trail. That whole will-they-won’t-they with Lenny Bruce was really tastefully. The show at the Apollo was only ever going to end badly; the references to Shy’s sexuality were pretty explicit to anyone who was paying attention. Why, however, the consequences were treated with as much gravity as they were in the final moments of the show eludes me a little bit. Midge had been touring for Shy Baldwin for a while, which is already a bit of a name made for herself. She’d also just killed at the Apollo, which is going to mean something. It didn’t sound like Reggie was out to destroy her career. One thing they never explained was why she was forced to do radio voice work while the tour was on sabbatical, but I can’t imagine that she’s that far away from a show at the Copa or something big soon. She won’t lose the house (the scene where she walked through it after buying it back was the most satisfying of the season by far) since Susie got Midge’s share of the money back. Susie’s a little screwed, but no more than usual.

All in all, this was an immensely satisfying season of Maisel. More than ever I find myself wishing that more shows would stop dropping on streaming services all at once and letting us savour the hours on a weekly basis. God knows when we’re going to get the next 8 episodes. In the meantime, I’ll have to make do with the occasional re-watch of a season that was entirely worthy of those that have come before it. Despite a couple plot-holes and some unanswered questions, a fantastic season of television.