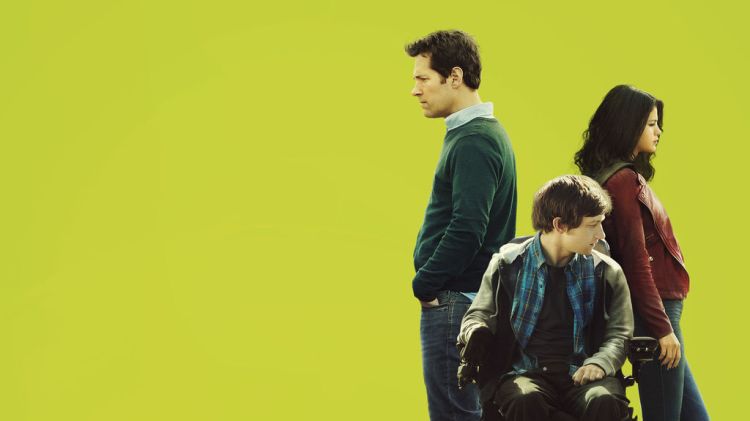 Okay standard disclaimer. The following film review is a resoundingly positive account of what is, by all measures, a technically meh movie. The Fundamentals of Caring is a Netflix Original starring Paul Rudd, Selena Gomez, and Craig Roberts in lead roles. The film revolves around Rudd and Robert’s characters, Ben and Trevor, one of whom is a registered caregiver while the other is a teenage boy suffering from a physical disability. Paranoia and fear keep Trevor confined to that which he knows, until Ben, who has his own hidden tragedies, comes into his life and tries to add some excitement to it. The film was released in 2016, and is written and directed by second-time-around creator Rob Burnett.

Sweet Jesus. What to say about this movie? I guess I should probably start by saying that it’s not a masterpiece by any means. From a technical standpoint, the film is rooted firmly in a storytelling safe-ground. Running for not much longer than an hour and a half, The Fundamentals of Caring is a simple, uncomplicated endeavor from Netflix, avoiding risks at all costs (not something Netflix are known for). There is an argument to be made that the film lacks a distinct conflict, the little that does brew up quelled instantly by humorous overturn or forgotten about completely.

However, there is a further argument to be made, which I would make most profusely, that the minimalistic nature of the narrative is what is beautiful about the film. It doesn’t drown itself in dead-end storylines and subplots that bore the audience to death, rather it fixes itself tightly to the simple, innocent story it has and squeezes the authenticity out of it until no more can be yielded. The story is simple but gleefully intoxicating, as Trevor and Ben make their way across the US on their epic journey to “the world’s deepest pit.” Seriously. That’s a thing. Lord of The Rings fans might pull out shovels and start digging into their sofas, looking desperately for interwoven plot-points and deeply complex and strict continuity, but this film ignores them and makes you smile with a beautifully benign story. I do think it could have gone on longer. It seems a shame to me that I’ll never know more about these characters, they exude a priceless likability that lingers well after the credits roll

The credit for that has to go to the writing. The screenplay is decent overall, with the exception of a couple wonderful dialogues. The style of humor is wonderful, just wonderful, and I think it might be that which gives rise to characters that really connect and anchor into you. It’s not an easy feat in an hour and a half, but these are characters I’ll remember for a while yet. Further credit would have to the actors, who do solid jobs. Paul Rudd, charming as ever, starts off a bit rocky and uninteresting. The change in his character is meteoric after interaction with Trevor, which is another testament to quality storyboarding from the writers. Rudd and Craig’s comedic timing and chemistry is incredible, making this movie absolutely jaw-droppingly funny. I just makes me wish they’d put more time into elongating our exposure to the wonderful characters they’d dreamt up. Jonathan Evison, who wrote the novel the film was loosely based on, might feel sold short only by the fact that more could have been done.

There are a lot of dramadies out there that don’t leave an impression. This is not one of those films. The Fundamentals of Caring is heartfelt, heartwarming, and goddamned hilarious. Seriously. I saw the film like an hour ago and I’m still smiling at the beautiful brand of comedy that Craig Roberts ‘pounds ten feet into the ground’ (watch the movie you’ll get it). The reason we watch film is to have an impact made on us. Sometimes filmmakers forget about that obligation of theirs: they need to make us think, and they need to make us care. The Fundamentals of Caring follows through on exactly what it promises in its title, and I promise you it is worth your time. There is no one I would not recommend this film to.