Brief Plot Summary: This animated film follows a 11-year-old girl living under Taliban rule in Afghanistan, who disguises herself as a boy to provide for her family after the father is taken away without reason. Uses wonderfully-drawn vignettes to stress on the importance of storytelling.

Why We Like it: Beautifully animated and the soft, soothing background score highlights the beauty of the film.

Brief Plot Summary: In this fantastic stop-motion adventure that features the voices of Charlize Theron and Matthew McConaughey among others, a young boy sets out with Monkey (Theron) and Beetle (McConaughey) in the search for his father’s legendary suit of armour to defeat an evil spirit.

Why We Like it: The animation is gorgeous – really highlights the relation between a mother and a son. A compelling story, beautifully told.

Why We Like it: A beautiful combination of joy, sentiment and heartache.

Why We Like it: Oh the action. Just action. Iko Uwais is the best at what he does. One of the best action action movies that leans on hand to hand combat rather than bullets and explosions. This is some Bruce Lee level shit.

Brief Plot Summary: Stuck on a blood-drenched bullet train ride across Korea, a father and his daughter must fight their way through a countrywide zombie outbreak to make it to the only city that’s safe.

Why We Like it: Makes you sit on the edge of your seat. Grips you. It gets you so mad but makes you cry as well. A must watch for horror fans.

Brief Plot Summary: In Guillermo del Toro’s fantastical version of Spain five years after the civil war, Ofelia – a young stepdaughter of a cruel army officer – is told she is the reincarnated version of an underworld princess but must complete three tasks to prove herself.

Why We Like it: Fantastically and creatively intertwined fairytale with the dark horrors of war. Truly shows Guillermo del Toro’s genius.

9. The Fundamentals of Caring:

Brief Plot Summary:A writer retires after a personal tragedy and becomes a disabled teen’s caregiver. When the two embark on an impromptu road trip, their ability to cope is tested as they start to understand the importance of hope and friendship.

Why We Like it: A great combination of a dark comedy and moving story at the sam time. Plus, who doesn’t love Paul Rudd?

Brief Plot Summary: Though he once spent time in San Quentin, 22-year-old black man Oscar Grant (Michael B. Jordan) is now trying hard to live a clean life and support his girlfriend (Melonie Diaz) and young daughter (Ariana Neal). Flashbacks reveal the last day in Oscar’s life, in which he accompanied his family and friends to San Francisco to watch fireworks on New Year’s Eve, and, on the way back home, became swept up in an altercation with police that ended in tragedy. Based on a true story.

Why We Like it: A beautiful movie with a compelling story. It’s crisp, it’s subtle and leaves you speechless once it’s over.

Brief Plot Summary: A stuntman moonlighting as a getaway driver (Ryan Gosling) grows fond of his neighbour and her young son, and then takes part in a botched heist to protect them from the debt-ridden husband.

Why We Like it: Ryan Gosling was born to play this role. He doesnt speak, emote, or, you know, feel. 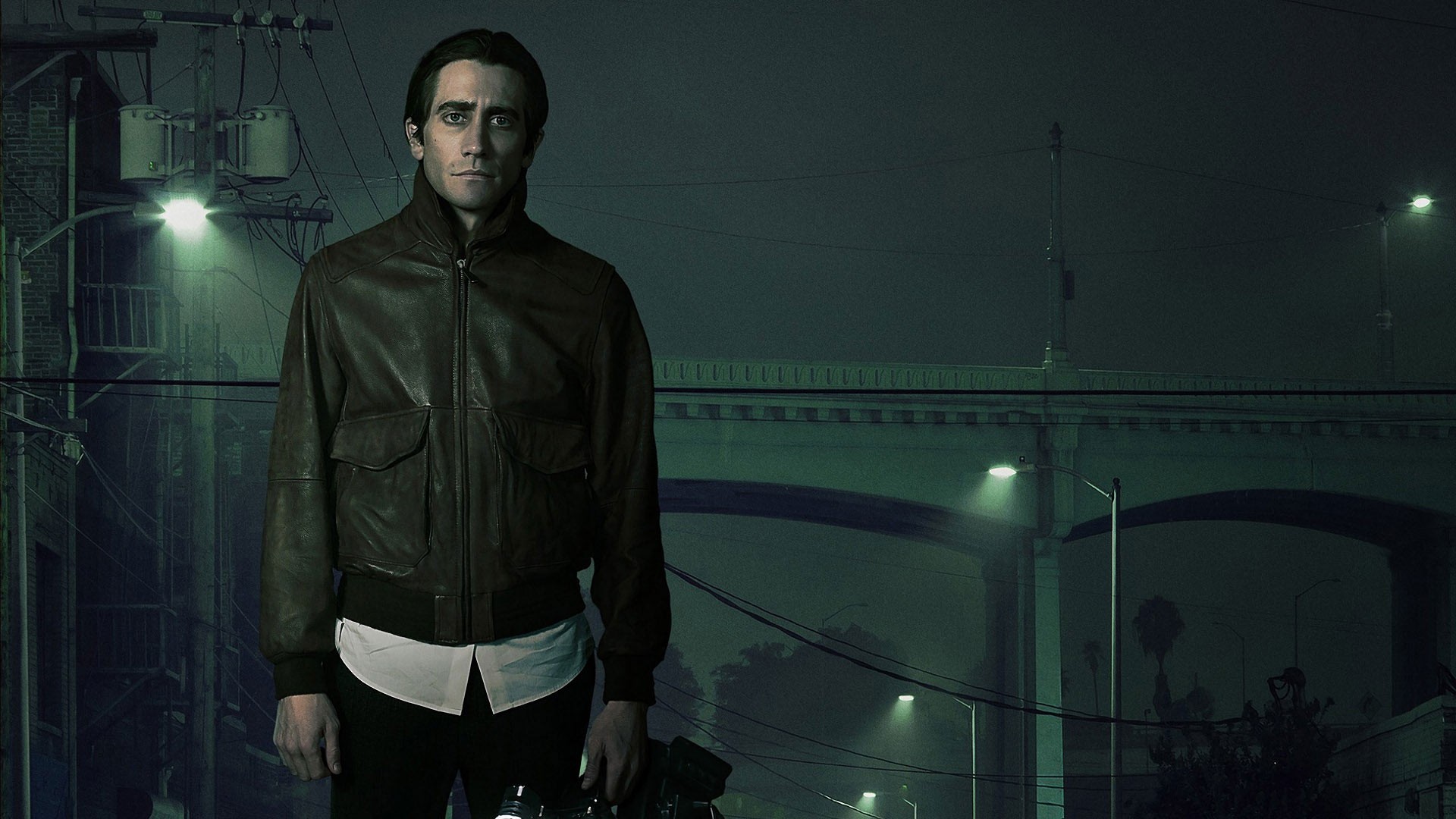 Brief Plot Summary: Jake Gyllenhaal plays a freelance video journalist with no ethics or morals who will do anything to get the best footage of violent crimes that local news stations love.

Why We Like it: Method. Acting. Leaves you spell-bound. 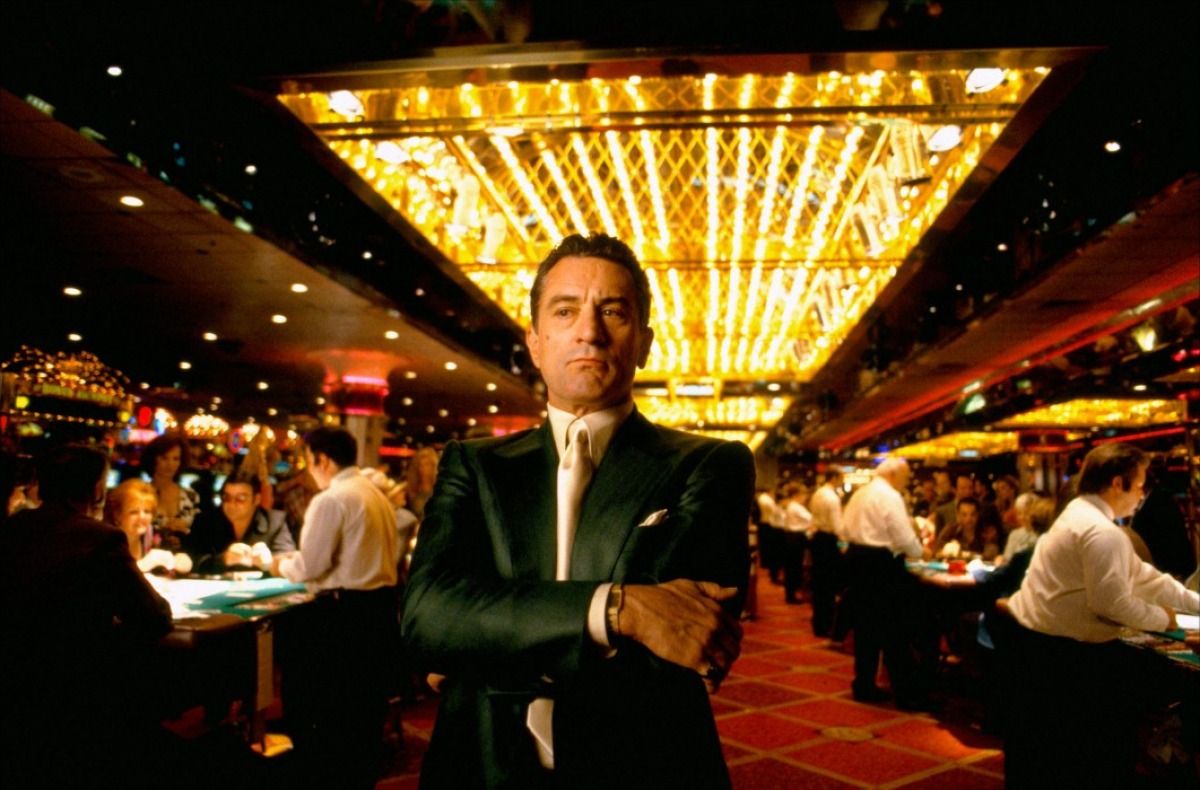 Brief Plot Summary: Martin Scorsese and Robert De Niro team up for the umpteenth time to depict the inner workings of a corrupt Las Vegas casino, as two best friends – a mafia guy and a casino executive – fight over money and a woman.

Why We Like it: May not be Scorsese’s best but a good film altogether. Brilliant cinematography, background score and of course, performances. 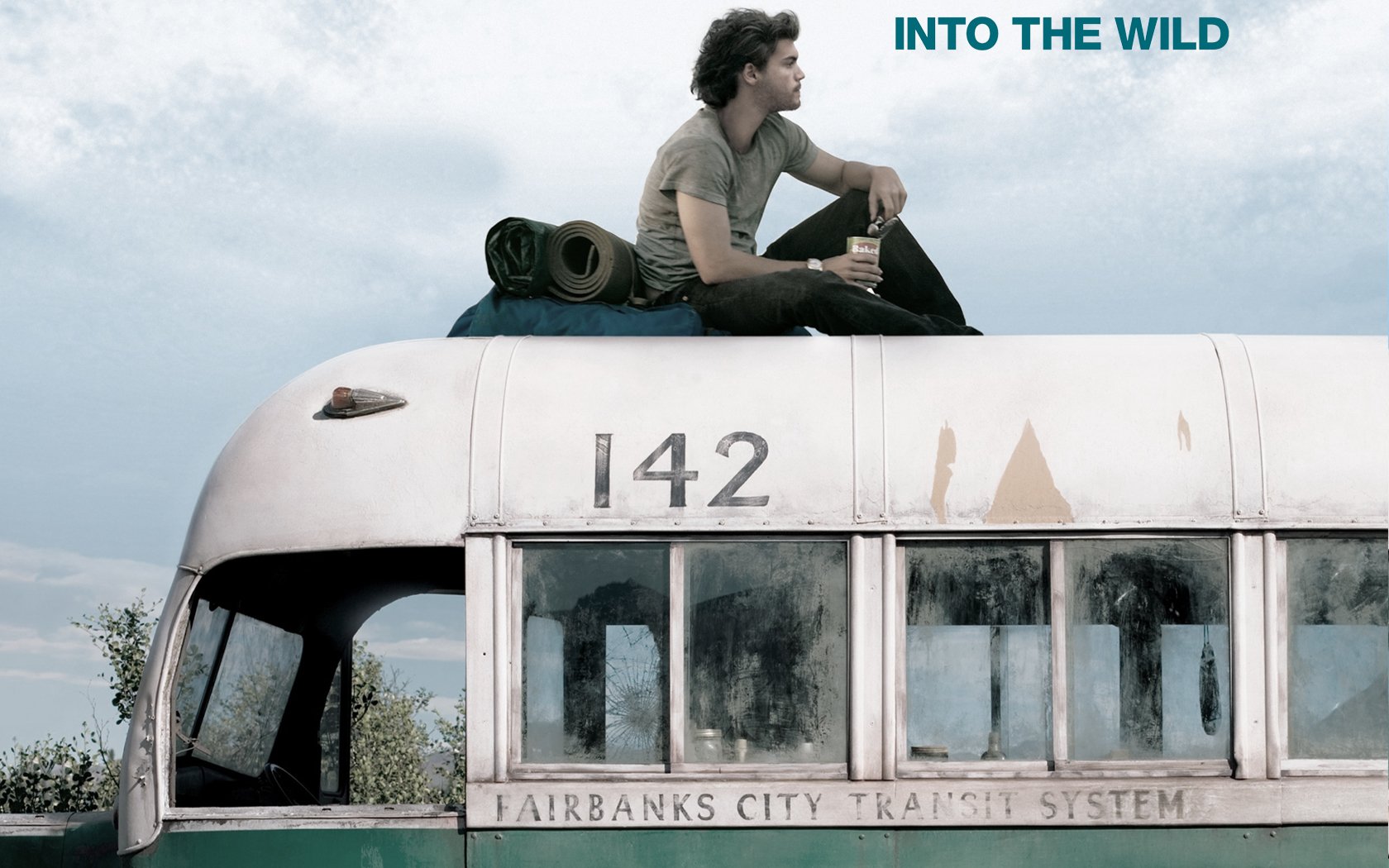 Brief Plot Summary: Based on Jon Krakauer’s nonfiction book, Sean Penn goes behind the camera to direct the story of a top student and athlete who gives up all possessions and savings to charity, and hitchhikes across America to live in the Alaskan wilderness.

Why We Like it: A beautiful, inspiring movie that changes your perspective about life and how you live it. A must watch. 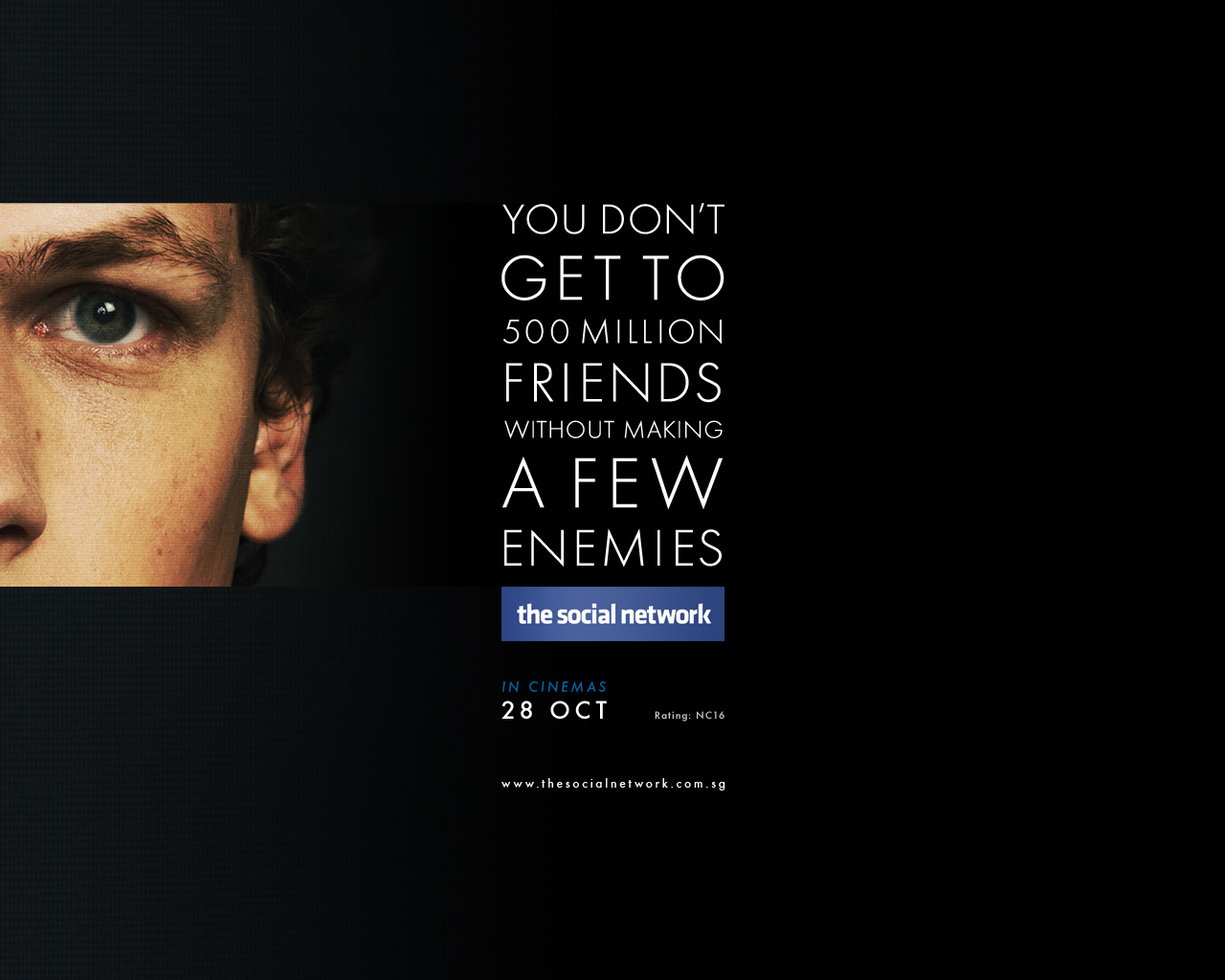 Brief Plot Summary: The tale of Facebook co-founder Mark Zuckerberg gets a slight fictional spin, as it explores how the young engineer was sued by twin brothers who claimed he stole their idea, and sold lies to his co-founder and squeezed him out.

Why We Like it: I’m sitting next to to Aryamaan, who’s going to have to stop me from typing because this is and Aaron Sorkin movie. Lemme tell you something about Aaron Sorkin… 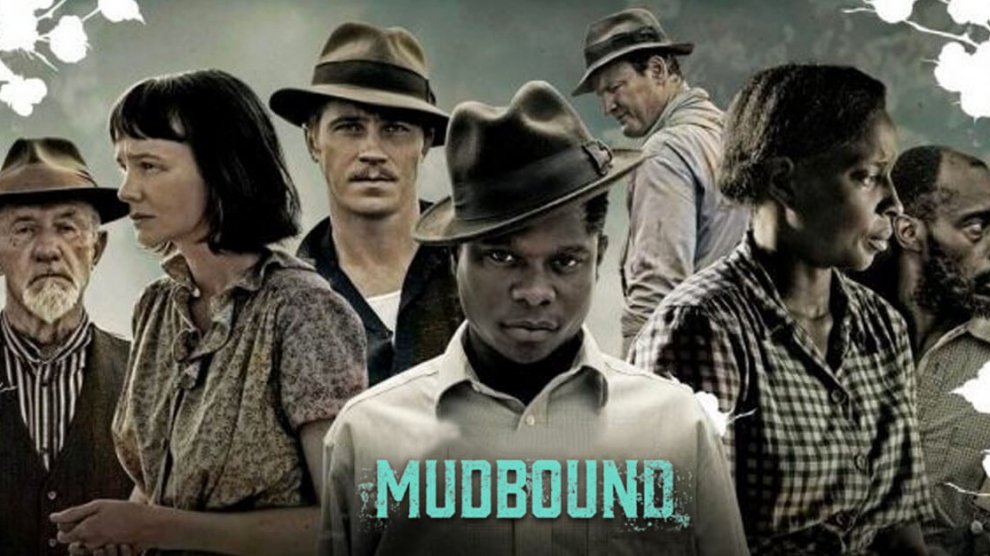 Brief Plot Summary: A Netflix Original, this World War II drama is set in rural Mississippi, and follows two veterans – one white and one black – who return home, and must deal with problems of racism in addition to PTSD.

Why We Like it: It isn’t a typical period piece – but the storytelling exceed expectations. One needs patience to get into this slow movie but once you’re in, it is hard to get out.

Brief Plot Summary: After his daughter and her friend are kidnapped, a father (Hugh Jackman) takes matters into his own hands while the police methodically track down multiple leads, getting himself into trouble.

Why We Like it: All jokes aside, this was a deeply disturbing but incredibly compelling film. I legitimately had a difficult time getting to sleep that night, which is a testament to some incredible directing and performances.